EU Temporarily Relaxes Rules for Airlines, that cause “Ghost Flights” 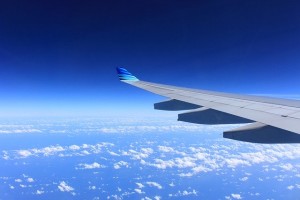 Now, airlines have the permission not to fly virtually empty flights  earlier they maintained just to keep their airport slots quota. The rule has been temporarily relaxed in the wake of coronavirus pandemic.

As per the current guideline requirement the airlines fly at least 80 percent of their planned flights, failure of which, will lead them to lose their slot at the airport. As a result, the airlines were under compulsion to run “ghost flights” just to safe their airport slots.

IATA (the International Air Transport Association) had requested to put temporary respite from the regulation of airlines which required to cut back on flights as demand flagged, but the request has been dismissed by the European Commission sighting that “solid data” was lacking.

But later, on 10th March, the president of the European Commission, Ursula Von Der Leyen, gave green signal and confirmed that suspension of the rules would go ahead.

“The coronavirus outbreak has a major impact on the European and international aviation industry,” von der Leyen said. “We see that the situation is deteriorating on a daily basis and traffic is expected to decline further.

“This is why the commission is putting forward very rapidly legislation regarding the so-called airport slots. We want to make it easier for airlines to keep their airport slot even if they do not operate flights in those slots because of the decline in traffic.”

The President also acknowledge that the step will benefit the industry and the environment.