The Cost of Attaining 2050 Emissions For Shipping Industry The Estimated Target is $1.4 Trillion 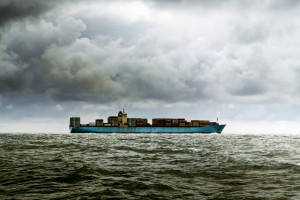 As per the papers published by the University of London’s maritime research division and the Getting to Zero Coalition, in the span of next 3 decades, the shipping industry could spend up to $1.4 trillion to achieve the International Maritime Organization’s 2050 emissions target.

From the baseline of 2008, the current target to reduce the carbon is set to 70 percent and dated to be achieved by 2050. And, if reports are to be believed, the price for meeting zero emissions by the allocated dated would be $1.9 trillion.

If we put the amount into context, globally, in 2018 the spent on energy investment alone was $1.85 trillion.

With a yearly cost of $50 – 70 billion onward 2030, the major part of the investment will be used on land projects rather than on vessels. It also includes the price for alternate options, meeting low-carbon fuel production and the storage, development and infrastructure of its supply.

The costs, which will be related to vessels would reduce to only 13 percent. It will also include the storage facility for the new fuel, machinery, and other improvements concerning to energy efficiency.

The blocked out planned to help finance these investments by the report states a levy on ship’s carbon production–which would start at $10 per ton, and will rise to $50-75 per ton by 2030.