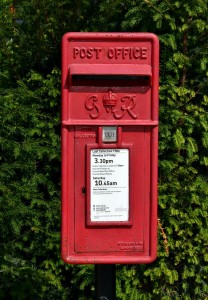 In defense of planned postal strike in the upcoming peak season, Royal Mail is seeking a High Court intervention, on the point that a strike ballot held was “unlawful and, therefore, null and void”

Last month, members of the CWU (Communication Workers Union) voted immensely in approval of the industrial action past month, the vote was over many concerns relating to work-load, job security and plans to separate Parcelforce and Royal Mail. A turnout of 75.9 percent voter of 100,000 personnel favored the strike, while a couple of ballots of employees from Parcelforce obtained the same results.

On the other hand, Royal Mail professes that it has lived up to the contract and not failed to adhere a worker deal done in the previous year, like the company has been accused, and so there are no bases for action.

Further company also says that workers were pushed into voting for the strike:“being encouraged to open their ballot papers on site, mark them as ‘yes’, with their colleagues present and filming or photographing them doing so, before posting their ballots together at their workplace postboxes.”

The Communication Worker Union is yet set dates for strikes, stated:“It will be clear to all our members and everybody connected with Royal Mail and this dispute, that the chief executive and his board will go to any lengths to deny the democratic mandate of our members to stand together and fight for their future and the very future of UK postal services.”

Royal Mail has refrain to enter talks devoid of pre-conditions unless the threat of industrial strike is aborted.